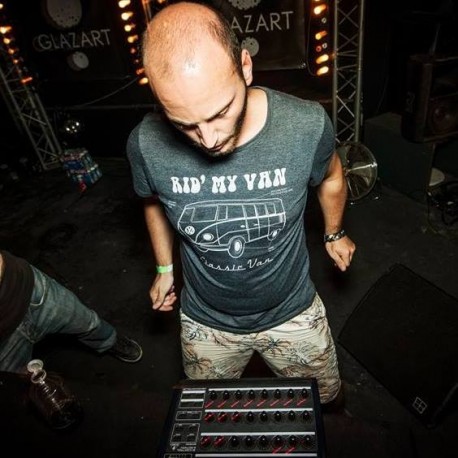 Native from the east of France, Miltatek discovers free-party in 2008 and begins to create its own music a short time later. With his tones melodic Tribecore, he gets noticed by Astrofonik and that this produces his first vinyl one [Astroprojekt 16 – The Moon] in 2009.

His productions are linked in this label, he released, in particular a single [Astroprojekt 27] in 2011. With personendaten name under other labels as Planet Kick, Tactical Synopsis and Arkanoid, he produces all in all 13 diggin for the moment. Evolving within free party, he shares his passion through his livesets and builds up to itself a national and international reputation. With einflüsse going of the Tribe Oldschool-to-the-Tribecore, he wants to create a mixture of those this to make the music which makes him vibrate. His strike of bass will surprise you !
-----------------------------------------------------------------------
BOOKING: http://www.electrobooking.com/artist/miltatek