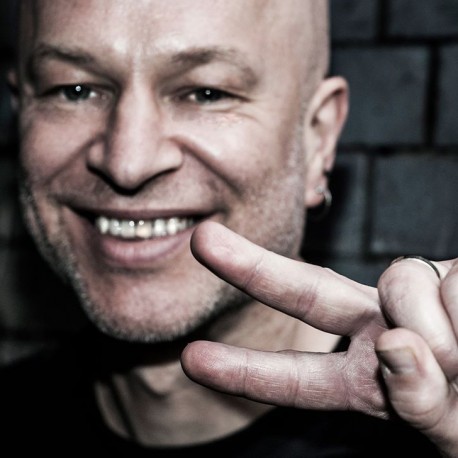 Perhaps the most loved and respected Acid, Techno, D. J. of all time, it is fair to say that Chris has probably played more squat parteien, underground-raves, technivals, festivals, clubnights, and parteien worldwide in his 18 years as a D. J. than any other person alive, and is still completely dedicated to the music and the scene he got involved with when he started doing teile with the other two Wasserflugzeug, Julian & Aaron back in 1991.

HAS PLAYED : all over U. K. and Ireland, all-over-Europe, Japan, U. S. A., Canada, Australia, New Zealand, Israel, South Korea, South Africa, Colombia, and many other places. Was the first Acid, Techno, D. J. to play in Brazil, Venezuela and Poland and was instrumental in starting the movement in these countries which he still visits sie.

PRODUKTIONEN :
Hundreds of releases and remixes on several labels under his own name or in zusammenarbeit with Lawrie Immersion, D. A. V. E. The Drummer, D. D. R., Geezer (Guy Mcaffer), Ant and many, many others on a range of labels, old and new, including Noom, Prolekult, Polymeric, Eukatech, Routemaster, Solid, Highland Beats, S.U.F. (Stay Up Forever), Cluster, Smitten, TEC and many more as Braingravy Records.

Is currently working hard on a whole range of new releases with Sterling Moss for release on a range of labels within the SUF collective and beyond, as well as occasional projects with Lawrie Immersion, D. A. V. E. The Drummer, Guy "Geezer" Mcaffer, Darcmarc and Lenny Dee amongst others.