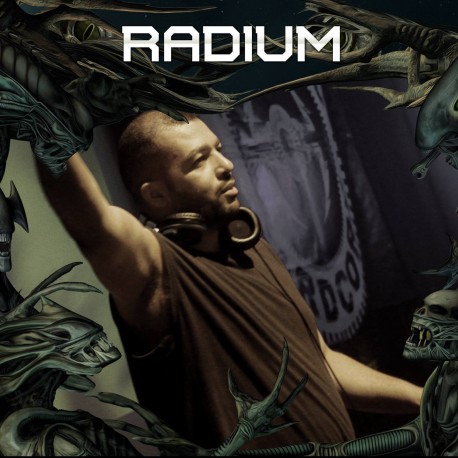 DJ member since 1992 of the legendary group's MICRODOT, which he founded in collaboration with Al Core, he participated in the creation of the stage elecelectronics French in on the side from which the more extreme. This group posed during the last decade of the 20th century; the foundations of a style of hardcore French quite specific : the Frenchcore. They come out by following a number of maxis.

From 1995 onwards, and in parallel to his collaboration with Micropoint, Radium develops its productions solo: lots of output vinyl records see the light of day under this alias. He collaborated in 1996 with the creation of the labels Dead End and Psychik Genocide, in order to produce and promote his music of choice : hardcore (according to him, the musical side is the most open to experimentation). The year 1998 is marked by the release of the 1st album from Micropoint called "Neurophonie", and ranked today among the achievements of the pioneers of the genre in France. The public's enthusiasm for this style against the current takes as well the extent and in the same year, the duo was produced live at the first Techno Parade in front of over 100,000 people.

1 Other products by the same artists :