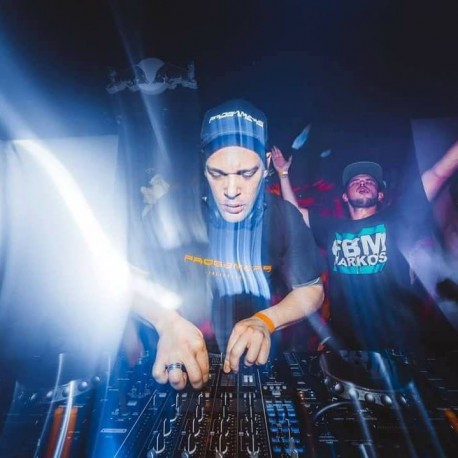 The duo Hardcore parisian progamers gameservers is born from the collaboration of composers and childhood friends, RbMz (Julien Mérelle) and Skoza (Pierre-Yves Philippart). They discover the free-parties and the dark world of Hardcore in 1999. Quickly enough, they found the sound-system Pitoresk, thanks to which they occur in public by defending the underground culture that is so dear to you. Quickly enough they reveal themselves as talented musicians and enthusiasts, this is hardcore as in other styles of electronic.

In 2005, they join the crew Audiogenic out several max Hardcore/Frenchcore label NoCore, Neurotoxic and Psychik Genocide.
Formalizing their meeting under the name of progamers gameservers, they decide to get together to produce a first album and a live recording of a new kind.

Real duo on stage, they offer live performances, rich and intense, where their four hands seem not to belong to the same person. They subvert the world of gaming to making music, bringing together their passion for hardcore and virtual worlds with computer programming.