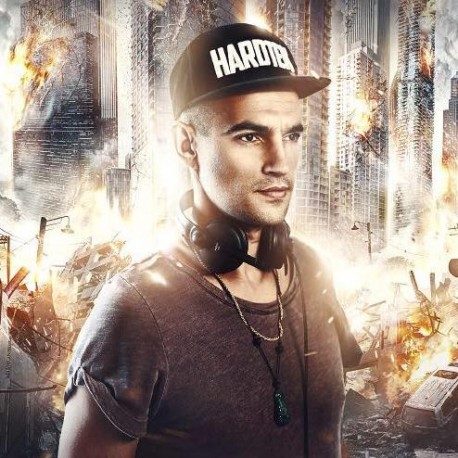 A major player on the European Rave scene, Billx established himself very rapidly as one of the pioneers of “Hardtek” music. Producing hit after hit on all the biggest labels, he composed a year avant-garde music which rocketed rave music in all the biggest festivals with titles such as “Eclipse” and “Smash”.

Billx has a big following of fans worldwide, from Brasil to France via Japan, thanks to international remixes.
An active member of the Fant4stik band, he influenced this project so that it shone and propagated sti vibration on all the best scenes (Monegros Festival, Dreambeach, Ground Zero....).

With his boundless energy, his sets never pass unnoticed and he puts his mark on his audience who comes to see him every time with the same passion.
His latest album, with its psychedelic sounds mixed with Hardtek and Frenchcore, came as a bombshell in the rave world.
His last collaborations with Dr. Peacock have brought him to the forefront of the Hardcore/Frenchcore scene and have allowed him access to courses like Masters of Hardcore, Dominator and Defqon.1 with tracks like “Naarayanna” which was viewed over 2 million times on Youtube in just a few months.

Billx launched in May 2018 his own label “U Can't Stop The Rave”, which has a spiritual universe and imposed a new musical color on which everyone approved. His first title is “Pagan Totem”. Yet again, Billx has surprised everybody by breaking the codes and mixing Psytrance and Hardcore. The quality of his productions and his musical freshness make him a DJ of the Rave scene to be reckoned with.

11 Other products by the same artists :