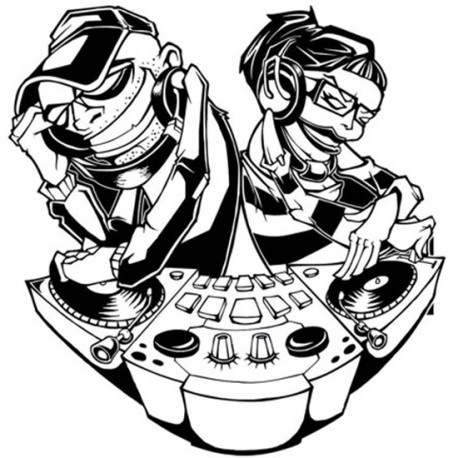 Monzo & Ingrid are 2 italian djs and producers since late 1990s. Since then they become part of the underground scene in Bologna, first with the crew of Global Sound Project and since 2004, joining music and life, such as Beat Kouple, Their vinyl-made dj-sets range from Drum'n'bass to Hard-Tek.

They collaborate with Astrofonik Records (FR) and have produced 3 official mixes for the label and in 2016 they released their first productions in collaboration with Enigmatik one Headshot Records 05, and has raggatek EP on Graffiti Sonore 16 in 2018, and a new release is coming in 2019 versus Neurokontrol.

From 2001 to 2006 they took part in the events of the historic squat of Bologna, the “Livello 57” and they held events in the legendary "Tunnel" of Ca.Cu.Bo and organized numerous events until 2010 with Ca.Cu.Bo crew. They participated in 7 editions, with truck & sound, (from 2000 to 2006) at the Street Rave Anti-Prohibitionist Parade in Bologna and in collaboration with Megatron crew have participated for 3 years at the Canapisa with sound system.

Since 2016 have been proposed "NEURO:surgery" events dedicated to the Drum'n'bass and Neurofunk scene and also release it Undergroundtekno.