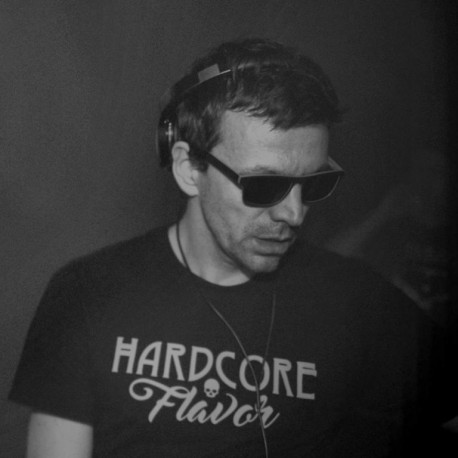 Al Core's career started in 1992 with “Micropoint” (Al Core and Radium), the most mythical together of the French Hardcore. He was present at all the raves in Europe, tuning his live to finally obtain a dancefloor sound: a Hardcore according to “Micropoint”, also known as “Frenchcore”.

In 1996, he created his own label (with Radium, Speedy'q & Sarin Assault): Dead End Records, to test all his productions.
In 1998, Micropoint launched his album “Neurophonie” considered to be the very first real album of French Hardcore. At that time this opus created a real surprise because of the quality of his productions and proposed a more measured approach to the Hard Drum, with better constructed and more reflective pieces. This was a more unifying, powerful, minimalistic and groovy Hardcore.

Al Core created that same year the famous “Hardcore Moi J’dis”. He was one of the most respected actors on the international electronic scene with others like Laurent Hô, Liza'not Eliaz & Manu le Malin at the time of the big era of Hardcore in France.

The Al Core sound is a mutant hardcore, with dark, industrial and emphatic sounds. Passionate about the cinema and about SF, his productions incorporate loads of samples and his auditors can benefit from his black humour which is a characteristic of his personality.
After Micropoint's unequaled sound avalanche and has forthcoming solo album, Al Core will charge in with his sound set and make no prisoners! So if you need something stronger, be prepared to go live...