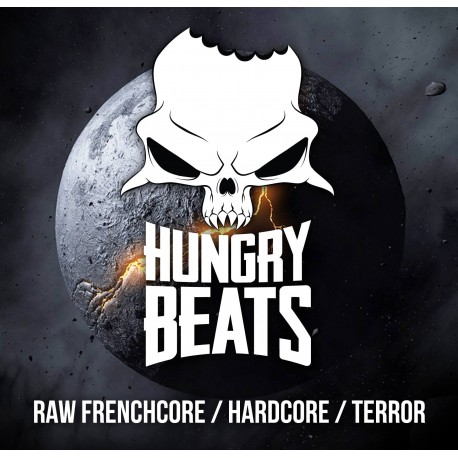 It was year 2009 when the new brand project called Hungry Beats was started, initially focused just on tribecore and frenchcore, but, as the time has passed by, also on styles like hardcore and terror as well. Project was started by two two czech producers, Filip Houdek and Kryštof Babjuk.

On 2010 they released their very first EP "Out of bounds" (PNR01) on their own new label Prague Nightmare records and, on the same time, guys were called to cooperate with LXR record (Dave LXR) where their track "Black Labirinth" (Lost & Found 02) was released.

As these tracks became more and more popular, global labels such as Astrofonik (they started Lycantropy and Armory), Karnage, Noistorm and Noteasytunes called HB to cooperate and released like "I got something for your mind", "Super crap", "No Escape" and so one.

Filip & Krystof are working hard on many new things and are hungrier and hungrier.

Get excited! Their beats will eat you!