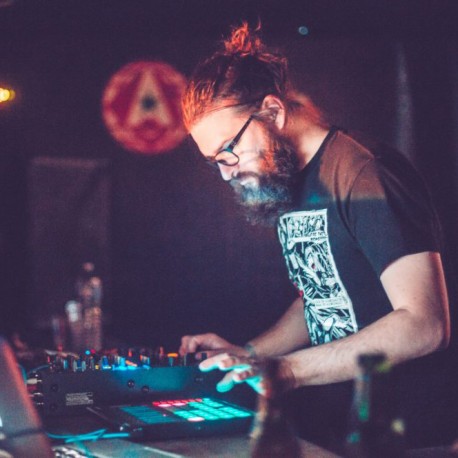 Heavily influenced by punk, metal, hip hop, jungle/dnb, and of course TECHNO!, Harry Potar started to make stupid happy music with Protracker on Amiga 600 and a Yamaha keyboard. Naturally, when he discovered rave party he started to make hardtek, hardcore, breakbeat and drum and bass, playing live in free parties in S-W of France and North Spain.

Trademarks : ultra-fat kick/bass combos, hooking melodies, electro synths, technical distorted breaks… He’s famous for his improbable remixes and bootlegs of music classics, in all styles : from disco to classic, from metal to movie scores, from 80s pop to videogame music…

He plays all across Europe, in notorious venues and improbable places, with the biggest artists and promoters of the hardtechno and hardcore scenes, at the biggest festivals (Monegros Festival, Q-Dance’s “Q-Base”, Electron Festival in Geneve, X-massacre in Prague, Koalition in Toulouse…).

Harry Potar is one of the key artists of the hardtek scene, and a regular guest on frenchcore line-ups. He prefers to play live sets rather than DJ sets, to be able to deliver a totally different experience at every gig.